Welcome to the January monthly recap! A special announcement post which details the last month of happenings in bitesize chunks! If a particular topic interests you further you can read more about it by clicking the relevant links.

We issued a new balance update based upon early player feedback which contains changes to various weapons. At the same time, a community feedback thread had been pinned to the top of Steam forums and website forums to gain valuable data direct from players.

We revealed the first work in progress gifs showing the new F=ma changes we’re looking to release in an upcoming update. The first movement part we had shown which had these changes implemented were rotors.

Of course, more parts will receive these agility changes so stay tuned for further updates!

Based on a couple of community feedback threads we had created several weeks ago, we began to roll out our findings in a brand new update! The data we had received was very valuable and allowed us to release the first Community Balance Update. We are hoping to continue to create interesting polls and feedback forms to allow us to greatly refine the core game experience.

Alongside this community balances update we included a variety of quality of life improvements and bug fixes.

While not an official announcement, It is still worth mentioning! The Premium For Life membership for Robocraft is now on sale at 30% off. It contains the following benefits:

In addition, Premium For Life also grants a 50% discount to RoboPass Season 1, which will be ending on February 18th. 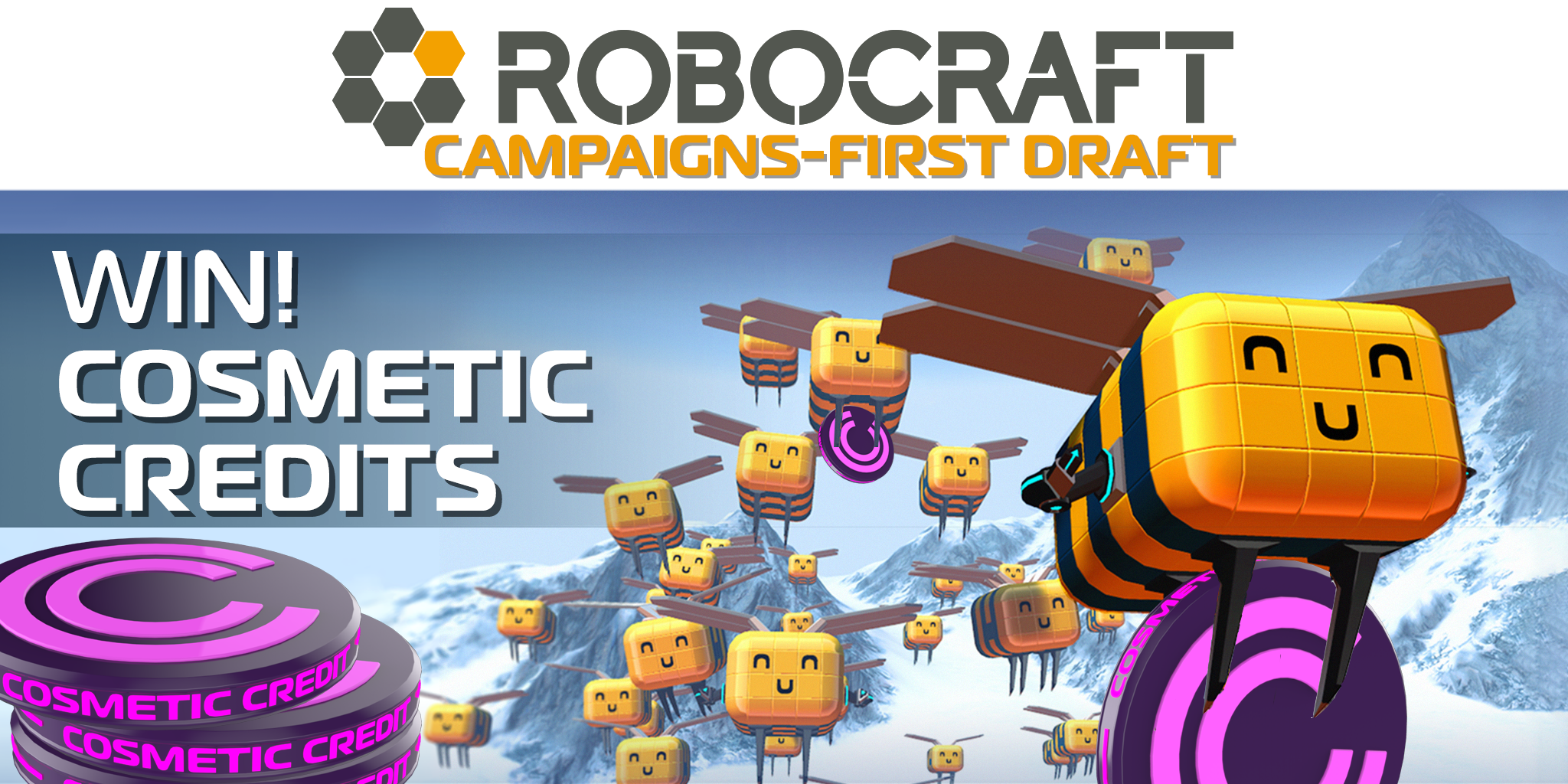 While not directly linked to January, we are announcing the winners for the Protonium challenge competition today!

We’ll be crediting the following players 5,000 CC each for successfully completing Protonium Difficulty and sharing their video on Twitter

RoboPass ends on the 18th of February, so make sure that you have unlocked all of the grades by then to unlock awesome cosmetic items. To purchase these items individually will cost over $100 but of course playing through RoboPass to unlock these items will cost just $9.99 (Or $4.99 for Premium For life owners).

Additionally below is just a tease of our workload for the month of February:

Additionally, the Lunar New Year is next week. It’ll be the year of the pig. If you’re looking for a cool new artbot to build this weekend, maybe consider building a pig!