If you’ve been following Robocraft’s development recently, you’ll be aware that we’re removing Salvage Crates from the game, introducing loads of cool new features and re-imagining some fan favourites too. In our next update, Phase 2, we will be removing the last remnants of Salvage Crates from the game, adding Robit rewards for battle performance, Tech Points and a Tech Tree with which to spend them on. 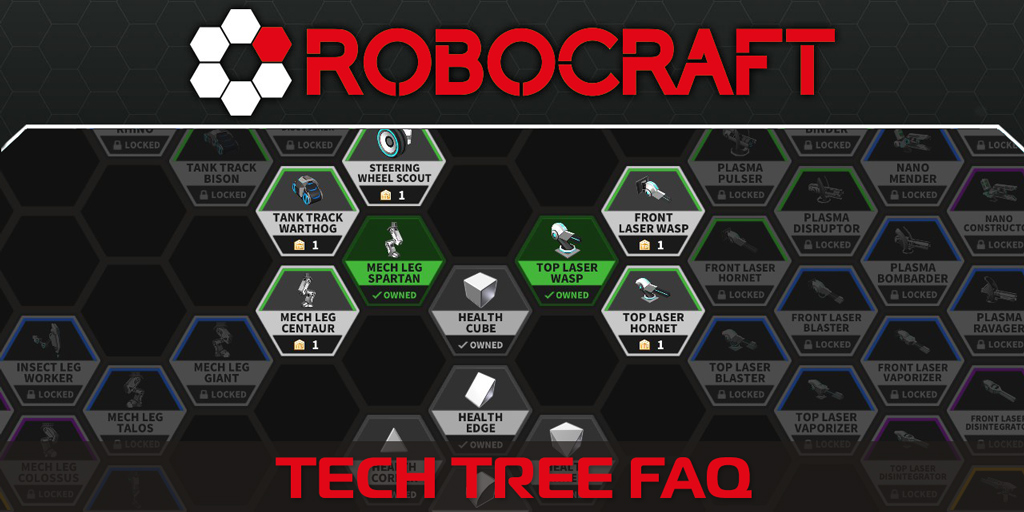 What is the Tech Tree?

The Tech Tree is a new progression path for players in Robocraft. Unlocking parts with Tech Points grants you access to those parts that you’ll then need to forge in order to put them on your Robots. 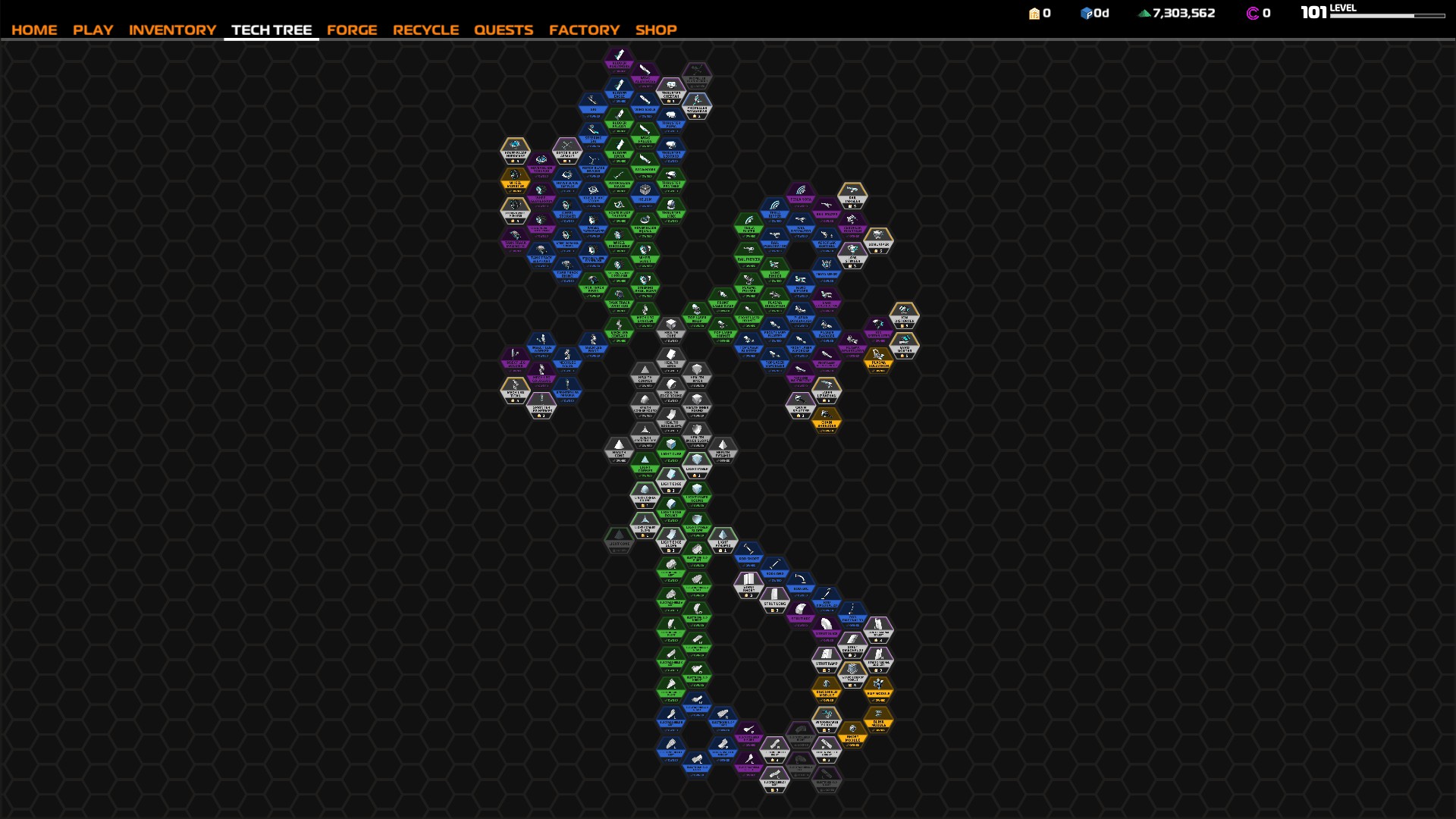 What are Tech Points?

Tech Points are used to unlock parts on the Tech Tree and you’ll earn one Tech Point whenever you level-up. 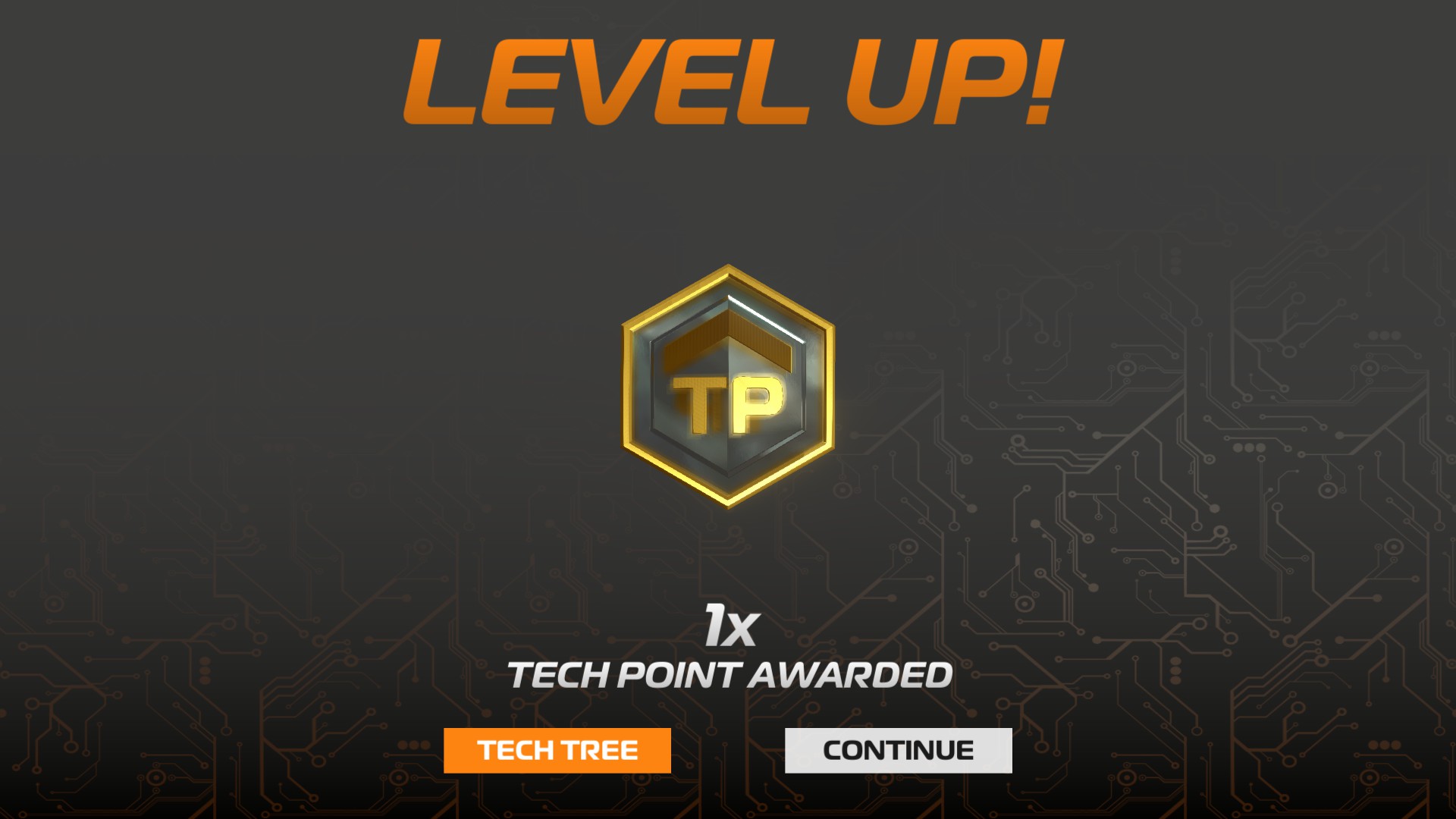 How many Tech Points do parts cost?

Depending on their rarity, parts require a different amount of Tech Points to unlock

I’m an existing player with parts in my inventory will I lose them?

No, any parts you have currently in your inventory or on your Robots will be automatically unlocked when we roll out the update. Any parts you don’t have will be locked on the tech tree, and you’ll need to unlock them to be able to forge them.

Any parts you haven’t unlocked will not be displayed on the Forge, Inventory, or Recycle screens. 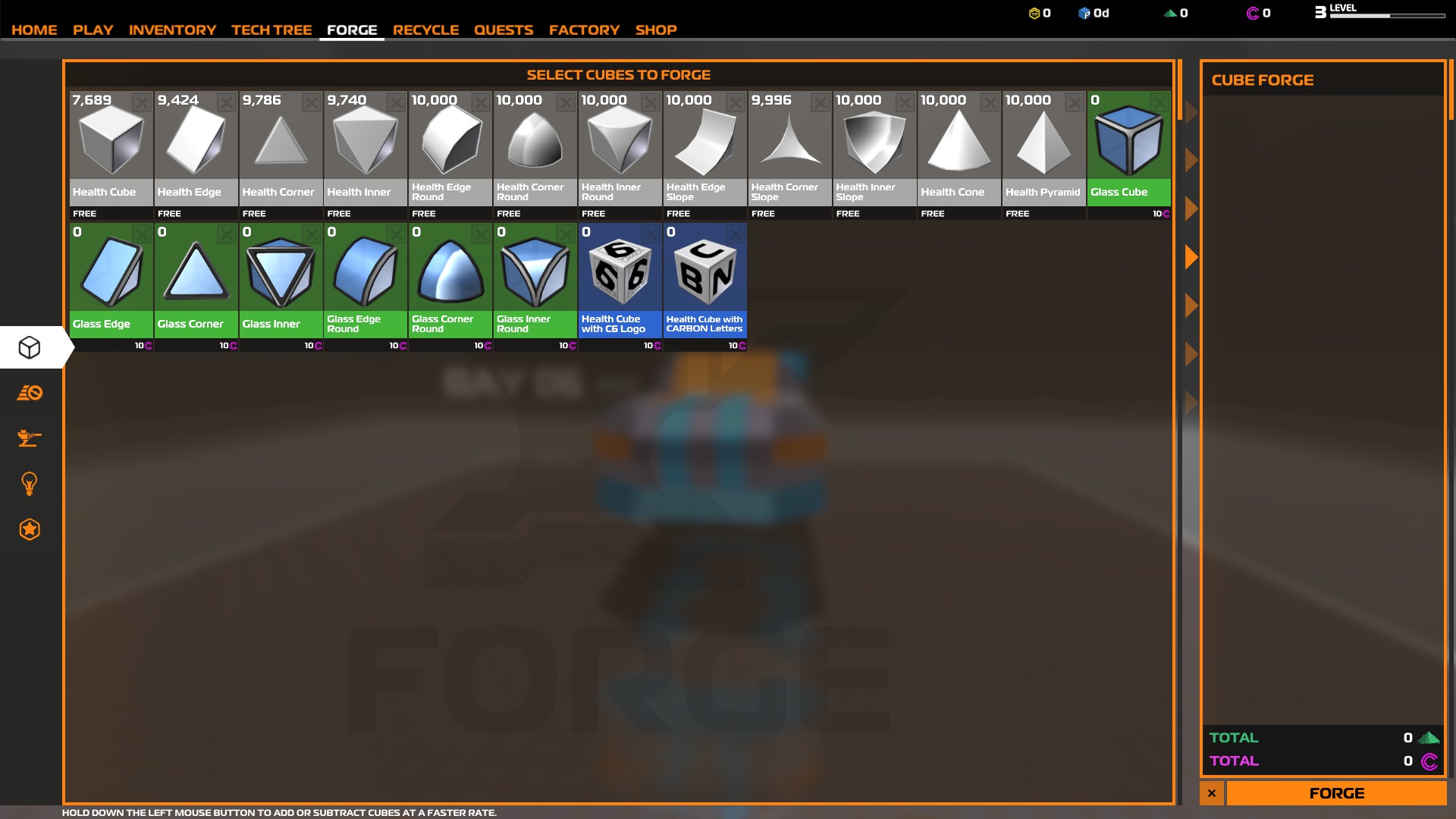 Can I reset my account to lock the Tech Tree as I want to experience the unlock progression?

No, I’m afraid we don’t offer account resets; if you want to experience the Tech Tree and the new progression, you will need to dismantle all your Robots and recycle all your inventory before the update launches. If you don’t want to do that, you can create a new account and start from scratch.

I’m level 300 and have some parts unlocked in my inventory, will I get my missing Tech Points?

Yes! For example, if you’re level 300 and you have parts unlocked which total up to 200 Tech Points, you’ll have 100 Tech Points on your account when you first login after the update.

If you’re level 400 and you’ve unlocked 100 Tech Points worth of parts prior to the update, you’ll have 242 Tech Points on your account when you login after the update. This will allow you to unlock any remaining parts on the Tech Tree.

I have Tech Points to spend, can I unlock anything on the Tech Tree?

No, you can only unlock parts that are adjacent to any other part that has already been unlocked (see image below). We believe this form of progression is fairer and doesn’t give players instant access to the rarest items. The Tech Tree will tell you which parts can be unlocked and which ones cannot. 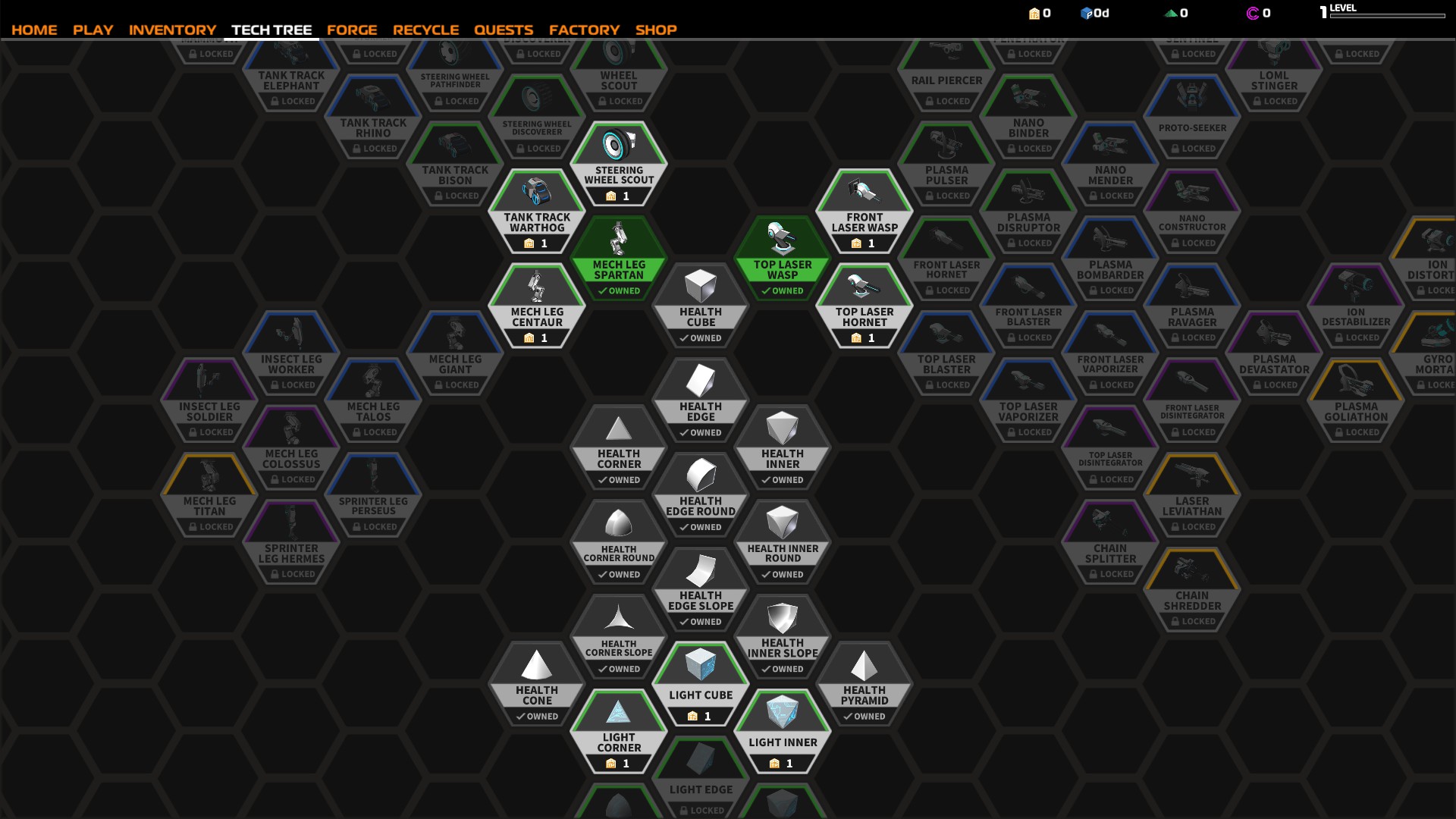 How is player levelling going to work with the Tech Tree?

How can I speed up progress?

There are a number of different ways you can speed up your level progression:

No, for existing players we will automatically unlock the required ‘parent part’ so you can continue using the cosmetic version.

Does the Tech Tree impact the Factory?

In a small way it does yes; and so we’re making a few improvements to the Factory: