We’re very excited to announce that the Infinity Update will be released this Wednesday, November 14th. The Infinity Update is the culmination of many months of hard work from the development team and brings with it a number of changes and gameplay improvements. 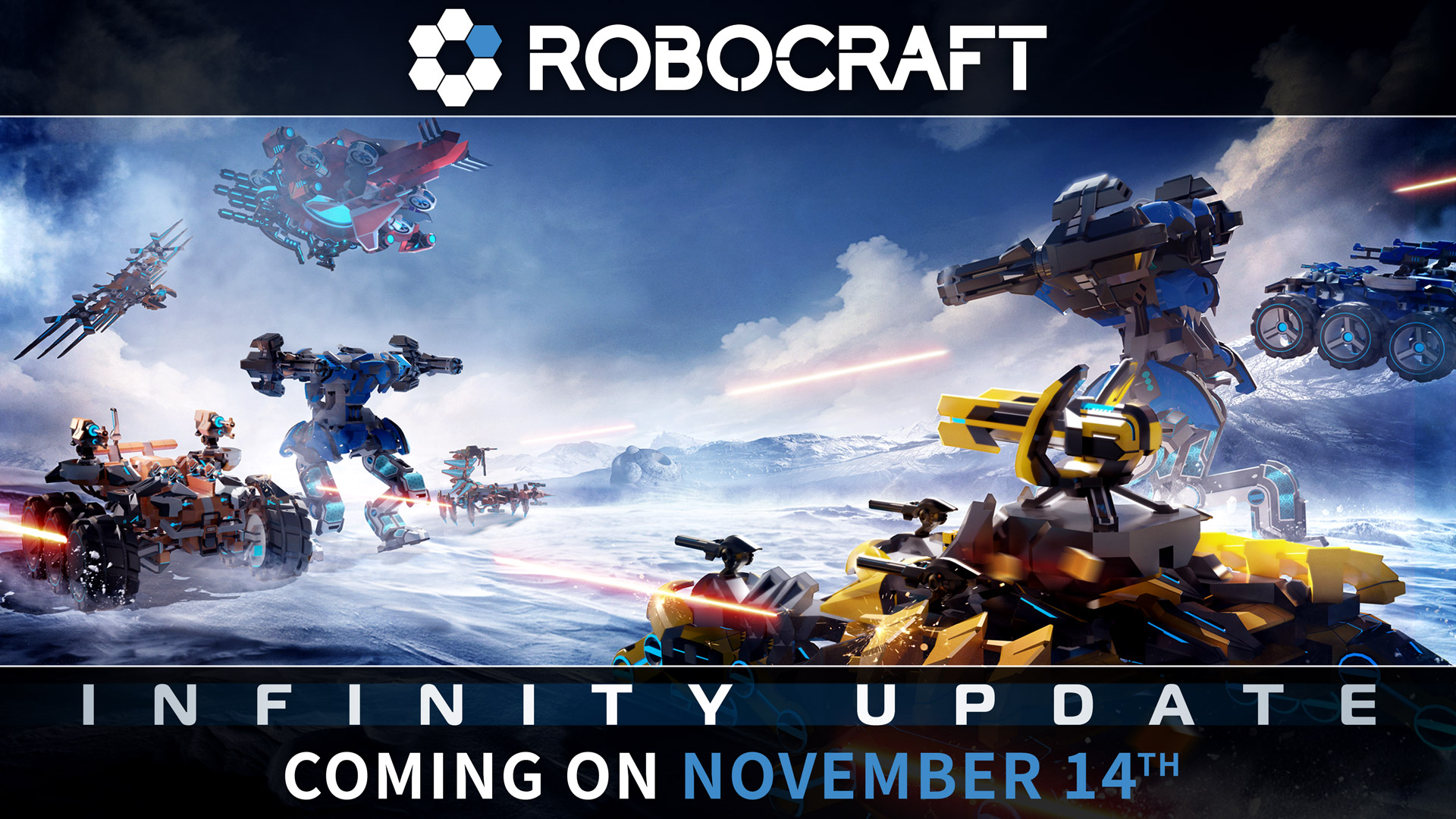 Changes and Improvements coming to Robocraft with the Infinity Update:

The Infinity Update is scheduled for release on Wednesday and is Robocraft’s single biggest update. As such, players should expect some issues on launch day. By working with us and reporting issues and bugs through our support system, we can fix them as quickly as possible.

Please note that we will take the game offline at 09:00 (UTC) on 14/11/18 to update the game. Maintenance is expected to take up to four hours but could be extended if we come across any complications.

The full patch notes will be published tomorrow.

Recycling information: With the infinitisation of Robocraft there will be no Recycle or Forge functionality in the game; once you unlock a part on the Tech Tree or purchase a special part from the Item Shop you will receive an infinite amount of them. If you wish to maximise your Robit and Cosmetic Credit balances, please recycle any unwanted parts prior to the update as any owned or unlocked parts will be “infinitised” with the update.

Don’t forget that if you have 25 of each legendary movement part and weapon (Not C6 or other Cosmetic variants) in your inventory when the Infinity Update launches, you will receive an infinite amount of special golden variants. Read the full announcement post here.

Why the Infinity Update? As developers we want to be able to deliver more cool content and fabulous features to you faster, but as we’re currently split between three very different versions of Robocraft (RC Steam/Launcher, RC Infinity on Xbox One and the F2P Robocraft Infinity in China (co-developed with Tencent)) it’s incredibly difficult for a small indie to deliver on that. So with the Infinity Update, we will be bringing all the good stuff from the Chinese version to the Steam version. This parity between the versions will allow us to deliver more new features, improvements, bug fixes and content faster.

Thanks as always for your continued patience and support.