Hey there Robocrafters, It is with great excitement to reveal that on October 11th, we’ll be releasing an early, first-draft version of the new Campaigns mode for you play. It’s incredibly important to us that we make Campaigns mode the best it can be for you and for that we will need your constructive feedback on the new mode. 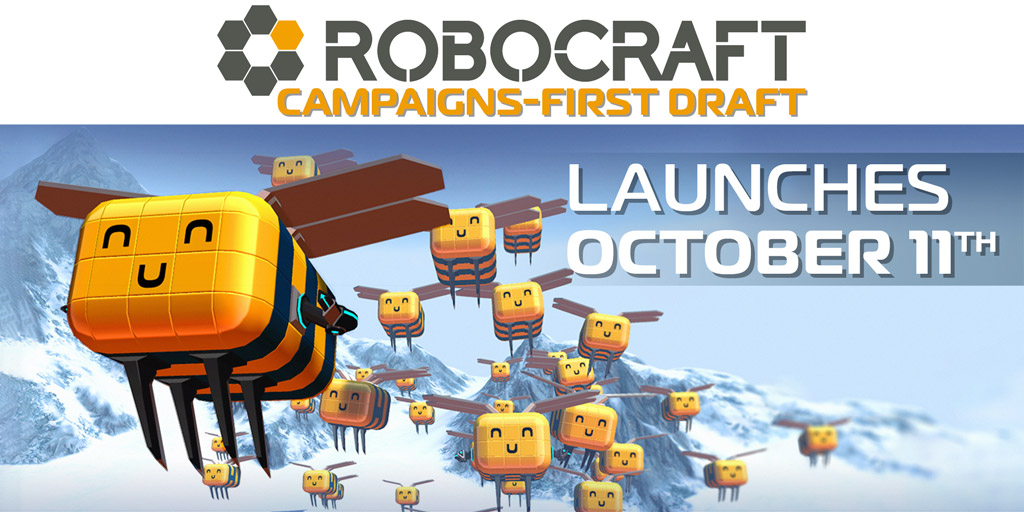 So, instead of spending valuable development time second-guessing what we think you’d like, we’re going to release it early.

This version will be feature incomplete, will probably have a few bugs and is in no way representative of the final version, but we wanted to get it out to you early in order for you to give us your feedback and input on the development direction of Campaigns. With your constructive feedback on the new mode, we’ll be able to ensure that the Campaign development team’s focus is on the things that matter to you in Campaigns.

The first draft version will only have two or three campaigns available to you and the AI in those campaigns won’t be as intelligent as the final version; so do bear that in mind when decimating the waves of Robots intent on your destruction on the battlefield. Also, please be aware that there may be some placeholder artwork; which we will update throughout development. Basically, anything and everything could change; again, it’s entirely down to your feedback.

Leading up to release on the 11th, we’ll be revealing more about Campaigns on our social channels so please ensure you’re following us on Twitter and Facebook if you want the news as we announce it.

To finish, here’s a first-look at where Campaigns mode will sit within the play menu.