Today, October 11th 2018, we released the first iteration of our new Campaign Mode for Robocraft. This early work-in-progress “first-draft” of Campaign has been added to Robocraft so we can get your valuable feedback on the new mode; allowing us to make the right design and development decisions that are important to you, our valued community of Robocrafters. 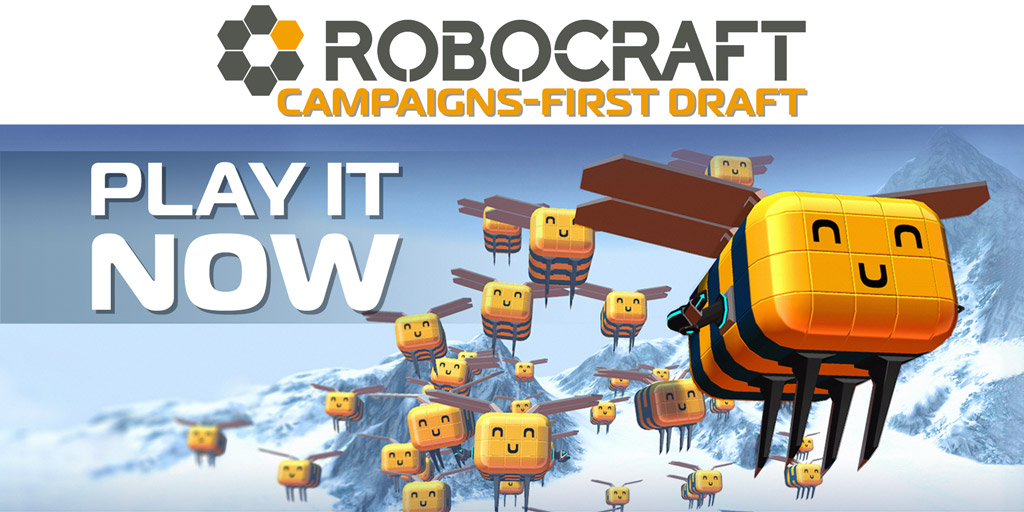 Campaign Mode is an exciting (currently) single-player game mode where you take-on waves of Robots before taking on a final ‘Boss’ Robot. In today’s update, we added 3 different campaign games for you to play; each offering a different set of game rules and Robots to fight against. We will add more campaign games in the future, with a special time-limited campaign coming next Thursday! You’ll need to keep an eye on our social spaces to find out more about that from Monday.

Our plan is to update and iterate on Campaign mode based on your feedback which you can leave over on the official feedback thread on the forums.