Today, June 19th 2018, we released Phase 2 in our series of planned updates to add new content and progression into Robocraft, and remove all loot crates from the game. This major update sees the welcome return of the Tech Tree to Robocraft, a new battle rewards system, improved Robot Factory, and the removal of ALL crates from the game. Alongside these big changes to your favourite Robot building and battling game we have made levelling-up quicker, improved scoring in battle, tweaked the balance on some parts, and fixed a few bugs too. 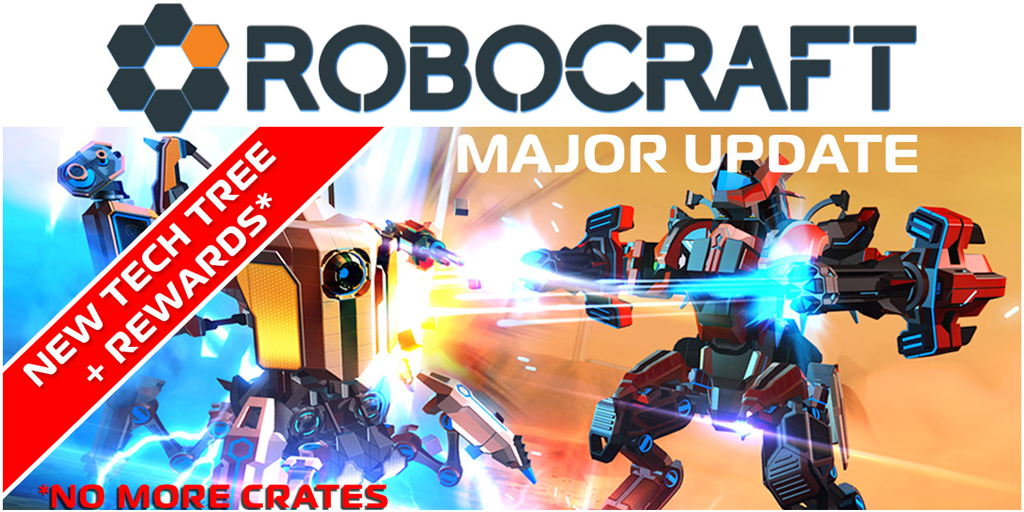