The season of the Robotic Witch is upon us as our annual Halloween-themed spooky in-game event Hallowfest has returned to Robocraft. For all the details of the event, and the update patch notes, read on… If you dare!! 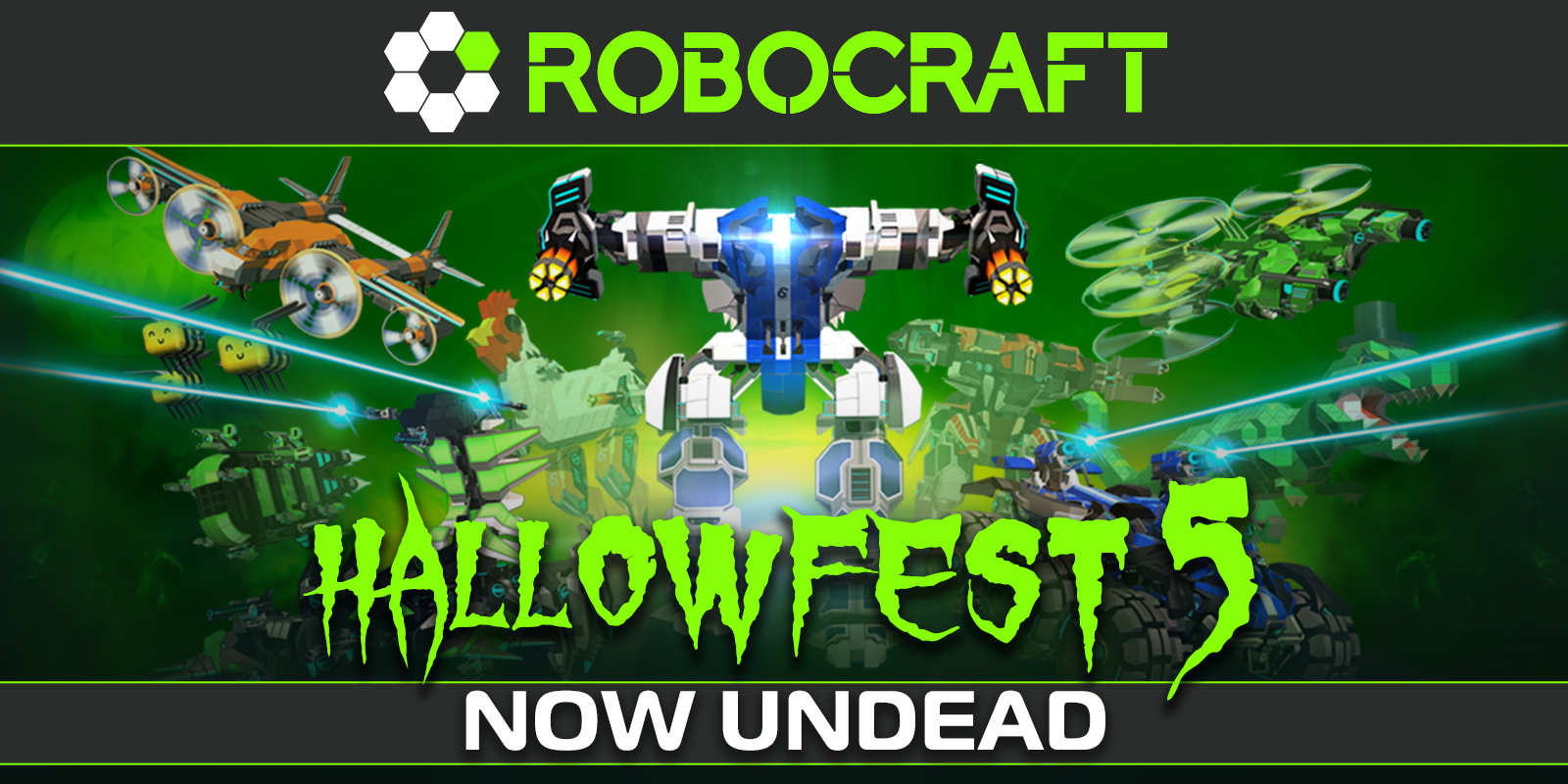 This year’s Hallowfest 5 event brings with it a time-limited Trick or Treat Campaign complete with exclusive night map, a special promotional code that will unlock a number of scary cosmetic parts, an updated Mothership with animated haunted portraits of some of the developers, terrifying pumpkins scattered across the different maps and much, much more. 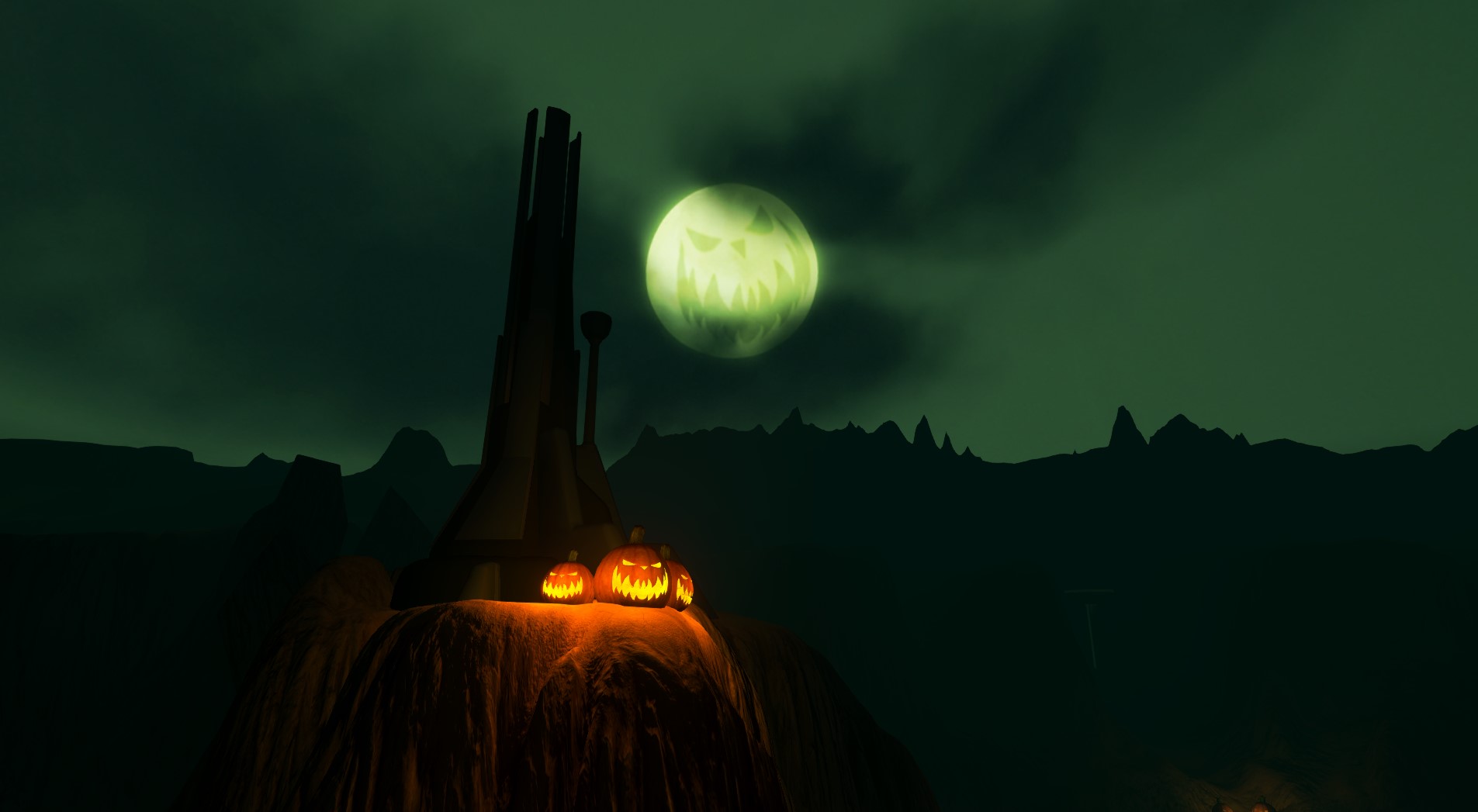 Darkness has fallen across the land in the special time-limited Campaign, Trick or Treat. Battle five waves of ghastly robotic beasties across the darkened landscape of “Hell Crater”; complete with haunting sound effects and music. The Trick or Treat Campaign will require players to build Robots that utilise specific spooky cosmetic parts. 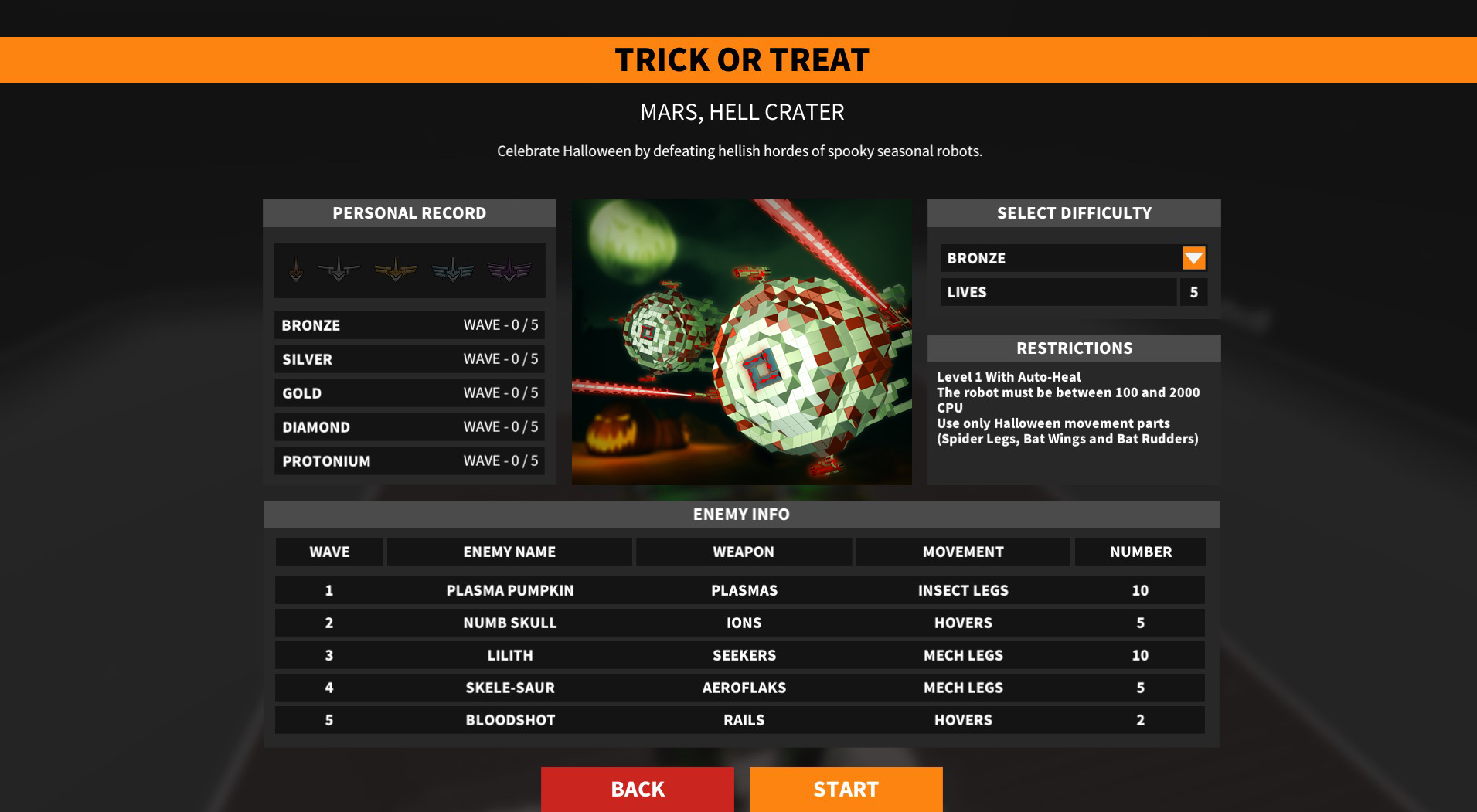 FREE spooky parts for all players:

To participate in the Trick or Treat Campaign, you will need to build a robot that uses Spider Insect Legs or Bat Wings and Rudders. We know that these parts can only be forged using Cosmetic Credits and so everyone is going to get a stack of them for FREE when redeeming a promotional code in-game. The code will only be valid until 23:59 (UTC) on November 4th so you’ll need to use it before then if you want the free parts.

If you login to the game now, you’ll see the promotional code displayed on-screen.

When using the code, players will receive:

Please note that the spooky parts are cosmetic skins that are applied to existing parts. This means that players must have the base part unlocked in the Tech Tree and have available inventory in order to use the cosmetic skin.

Increased base health for spooky parts:

The spooky parts will receive a base health buff for the duration of the event. These buffs affect all game modes.

In addition to all the above, we have decorated the Build Mode Mothership with some suitably shocking decorations including spiders, pumpkins, terrifying messages and animated portraits. We have also sprinkled some pumpkins across all the maps in the game.

The Hallowfest 5 event will run through to Monday November 5th when it will leave orbit for another year.

The following spooky parts will receive a health boost for the duration of the Hallowfest 5 event. These boosts affect all game modes.