Dear Robocraft Community, here’s another Dev Jam to keep you up to date on everything that the Robocraft team is working on at the moment and to give you some exciting news about a new work-in-progress feature we hope to release on Steam in the next few weeks. 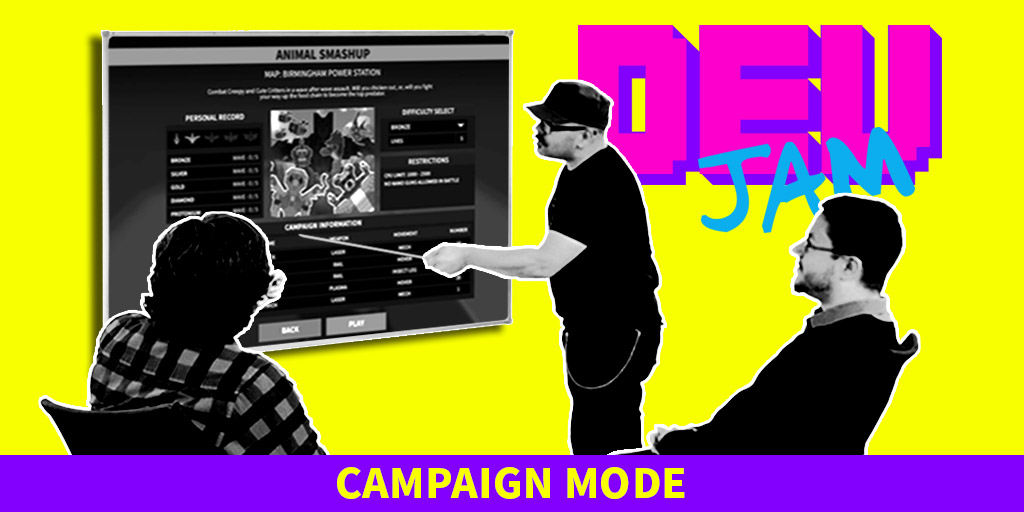 Firstly I want to take the chance to let you know that we haven’t stopped working on all the things we said we’d do before, namely:

So, now to discuss something new…

We’ve prototyped a Single Player Campaign system to see if it was fun. We kept it simple so we could get something together quickly so it works a bit like this:

When we played it though ourselves we thought it was pretty fun and that you might like to play it, so we have cleaned up the code a bit and added some UI and we’re hoping to release it on Steam in the next few weeks. It’s very early days so I hope you forgive it being a bit basic but thought you’d like to get your hands on it anyway. Especially we wanted to see if it’s something you would enjoy and wanted to get your feedback on how it could be improved.

Here’s a work in progress screenshot of the Campaign Selection Screen: 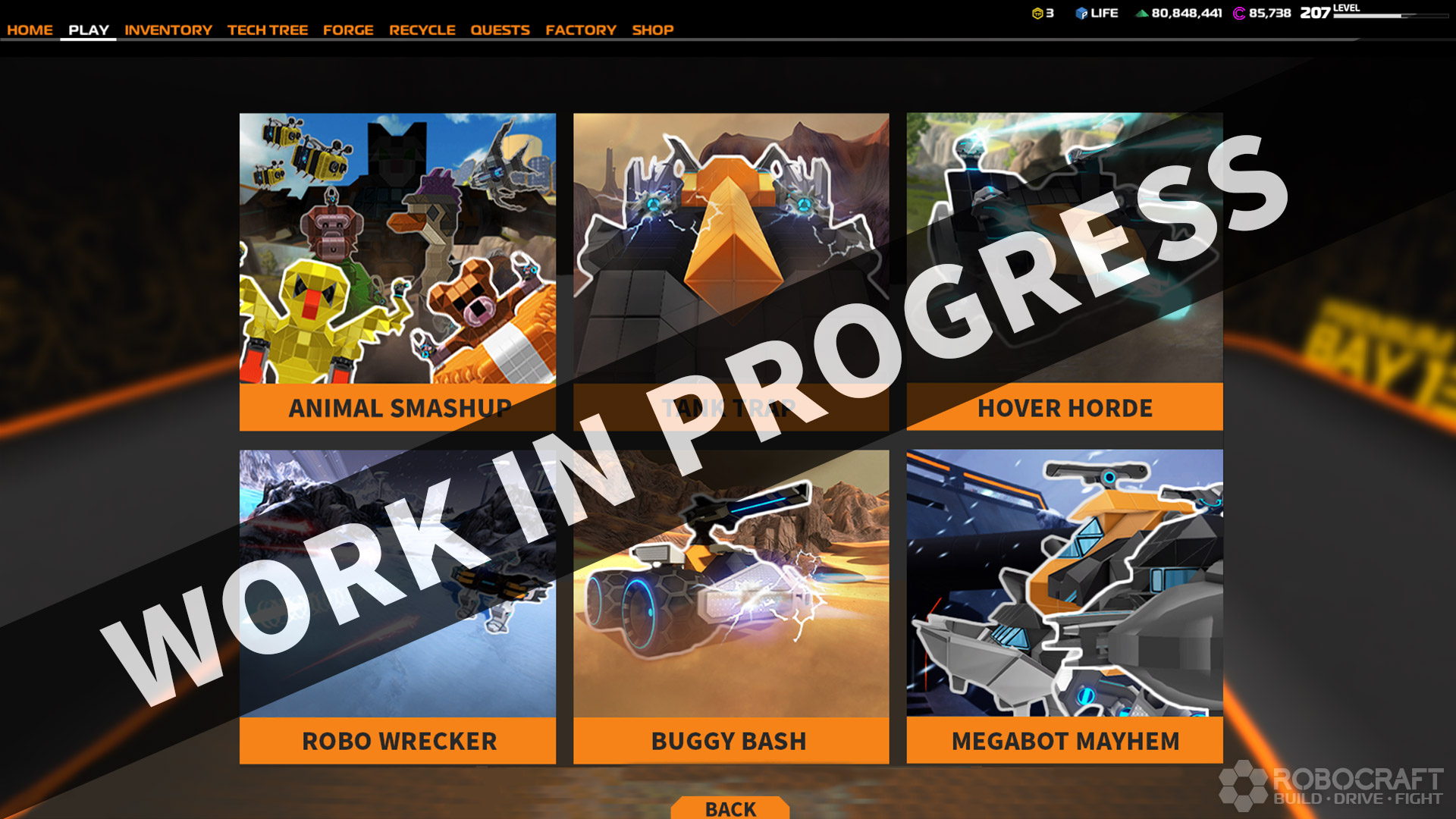 Here’s a work in progress screenshot of the Campaign Briefing Screen: 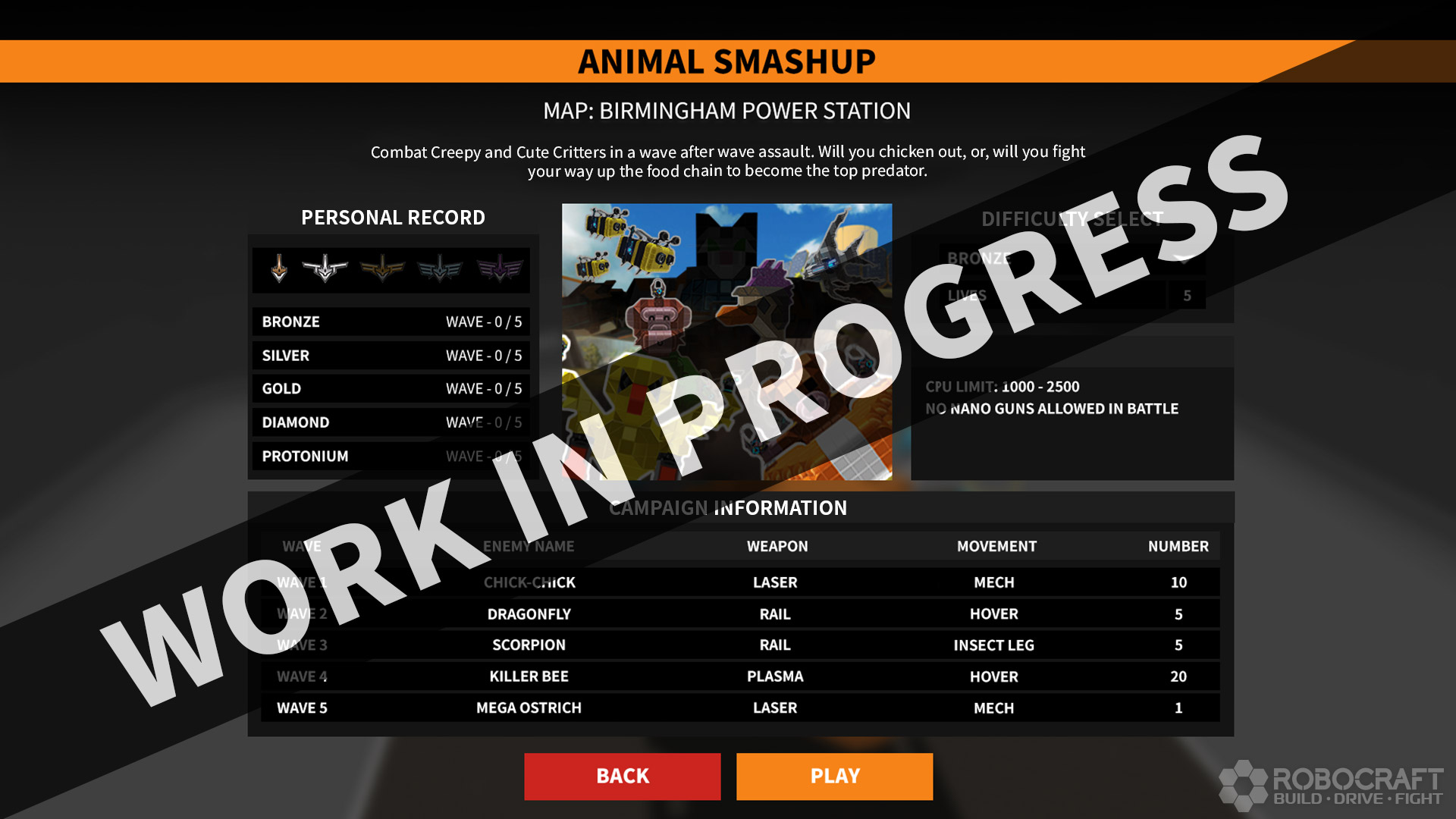 Beyond the initial release we’re already working on a few quick improvements. Supporting a few different styles of Campaign like ‘Survival’ and ‘Timed Elimination’ and supporting multiple Robot types in a single wave and more weapons supported by the AI. We’re even adding a ‘Wave intro animation’ which allows you to see the enemies that will appear in the wave and will allow them to have some dialogue too so we can make the campaign have a bit of ‘flavour’ making them funny and light hearted.

Here’s a work in progress GIF of the ‘wave intro’ animation:

We’ve been thinking that if when released you seem to like it and want us to keep working on it more, we could look at upgrading the whole system to allow you, our fabulous Robocrafters, to make and share their own campaigns.

We’d love you to be able to create sets of Robots, upload them, configure the campaigns, balance them, name them, set the dialogue for the Robots that appear in the weave intro screen, and share them in a CRF style store where other users can play them, rate them, etc etc.

If you really like the campaigns we can keep adding to it, supporting more functionality and co-op campaigns etc.

Anyway, please let us know your thoughts on the idea.