Infinity Is Coming To Robocraft

Hey Robocrafters, If you’ve been following the Robocraft news you’ll know that earlier this week we outlined our plans for Phases 2 and 3 of the “No More Crates” series of updates which will see us completely remove crates from Robocraft, introduce the Tech Tree (Phase 2) and Tiers (Phase 3) into the game along with lots more awesome features and content. 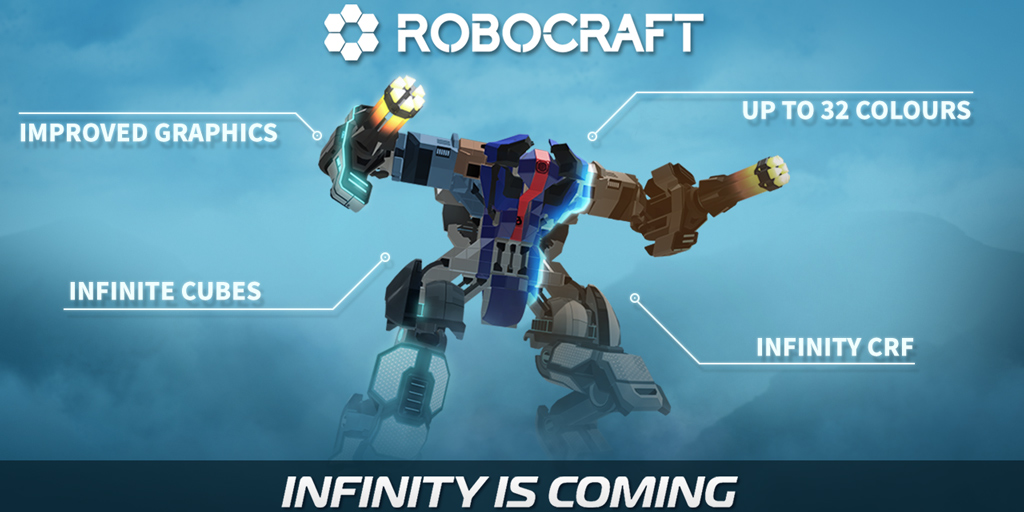 As developers we want to be able to deliver more cool content and fabulous features to you faster, but as we’re currently split between three very different versions of Robocraft (RC Steam/Launcher, RC Infinity on Xbox One and the F2P Robocraft Infinity in China (co-developed with Tencent)) it’s incredibly difficult to deliver on that. So, we’re proposing some big upgrades to the Steam version of Robocraft, making it more like the F2P Robocraft Infinity in China. Doing this will allow us to deliver more new features, improvements, bug fixes and content faster as we won’t be developing different things on different versions of Robocraft.

Here’s a summary of the planned improvements and how they’ll be great for Robocraft Steam. Please note that these improvements will also apply to the Robocraft Launcher version.

Please note that we will not be introducing everything that’s different in the Robocraft Infinity China version into the Steam/Launcher version as we don’t want to break player Robots and so the following will apply to the Steam version:

Thanks for reading and as always, please leave us your feedback. Nothing is set in stone and everything can be influenced by your feedback.