Dear Robocraft Community, First off, thank you to everyone that recently re-joined the community and all newcomers since we released the Infinity update. We’re really pleased that, on the whole, you liked the new direction. 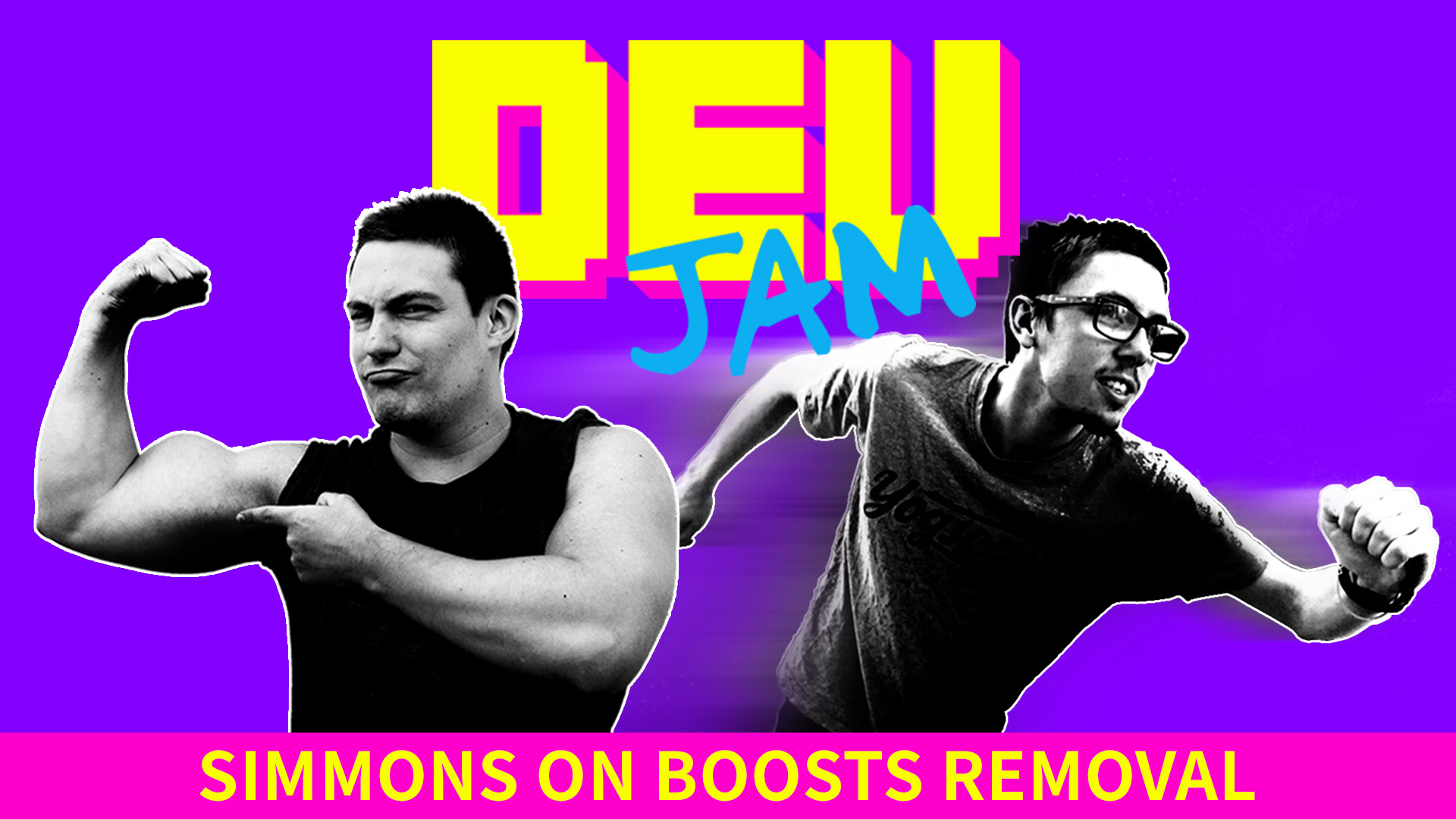 We have something really special lined up for Christmas; another really huge update with loads of new content and some awesome new features. We will release details about it in a week or so, so keep an eye on the blog for more info on that.

Many of you in the community have given us feedback since the Infinity Update and we have been gathering this feedback and wanted to let you know of some plans.

Boosts are a game mechanic in Robocraft; they are a set of percentages that are applied to a Robot’s health, speed, and damage when building. Some new players don’t find the Boost system as intuitive as we’d like and a majority of the community seem to want us to remove the Boosts, as they encourage min/max build behavior such as ‘block spamming’ and so we have decided that next week we will release an update with both Damage and Health Boosts removed. Speed Boost will remain (under the hood only) as adding more Thrusters will still make you go faster. The Boosts HUD will be removed from the game as it will no longer be needed. We will also rebalance both weapon damage and Nano healing to compensate for the removal of Boosts; we’ll let you know in advance as to what these changes will be.

Something we’d like to introduce in future but haven’t yet planned in is CPU progression akin to previous versions of Robocraft. Here’s how it might work:

Please give us your thoughts and feedback on this.

CPU progression will provide some diversity with each Tier feeling quite different to the next, with Robots getting bigger as you go up the Tiers; but we’d love to provide more diversity in future by adding some more realistic physics into the game.

We’d like to inject some more realistic physics into the game by making Mass (and the way you distribute that mass) much more important. Weapons and hardware tend to be heavy too, so Robots packing a bigger punch will tend to be less agile. Robots packing lots of health will be less agile also. Smaller, lighter, more nimble Robots may emerge, unable to defend a point but be very good in many other roles. Essentially we want to push diversity by making physics matter more in your builds.

Adding this comes at a cost though - time and resource. This work will take a long time so we’re mentioning this early on to get an understanding from you in the community as to how important to Robocraft you think this is. Based on your feedback, we can put more devs on it if it’s something that you feel is more important than more game modes for example. Please jump on the forums, on our social media spaces (Facebook / Twitter) if you like (or hate) this idea and then we’ll get an idea of how much dev time we should spend making it happen versus doing other things.